Pearl Harbor ... who stood behind this recipe

Pearl Harbor does not reflect, solely, the infamous attack during World War II or the mouth-watering waves of allegations compiled by consipracy theorists. It is a refreshing cocktail that invaded bars across the globe. 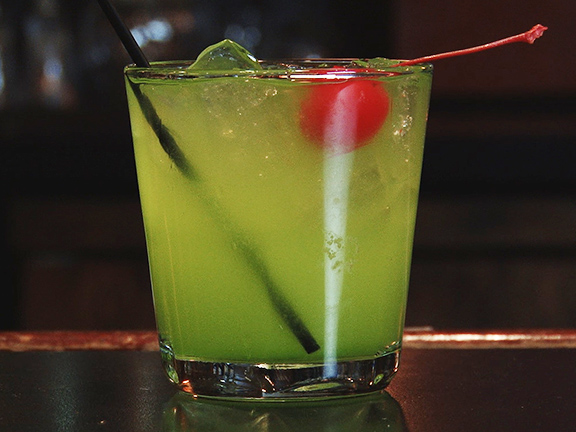 On December 7, 1941, the Imperial Japanese Navy carried a surprising attack against a US naval base located at Pearl Harbor, Hawaii Island. The aim was to hamper a potential interference by the US Pacific Fleet with military actions the Empire of Japan was planning in Southeast Asia. Fifty years later, a Lebanese bartender wished to remind yesterday's foes about the scourges inflicted by the past history.

In the 1990s, Smirnoff brand organized a bartenders' competition, in collaboration with Midori, at the Strand Restaurant in Smolensky, Russia. Participating bartenders were asked to introduce original recipes while using the brands produced by the organizing companies. Kamel Zarifeh, a Lebanese bartender working in the United Kingdom at that time, noticed that the jury included a Japanese from Suntory (Midori) and an American representing the Smirnoff side. Hence, the idea and name crossed over his mind.

Pour all ingredients, as per listed order, in a tall glass filled with ice cubes. Garnish with a Maraschino Cherry and a fresh pineapple wedge.