History of most famous Cocktails: The Martini saga 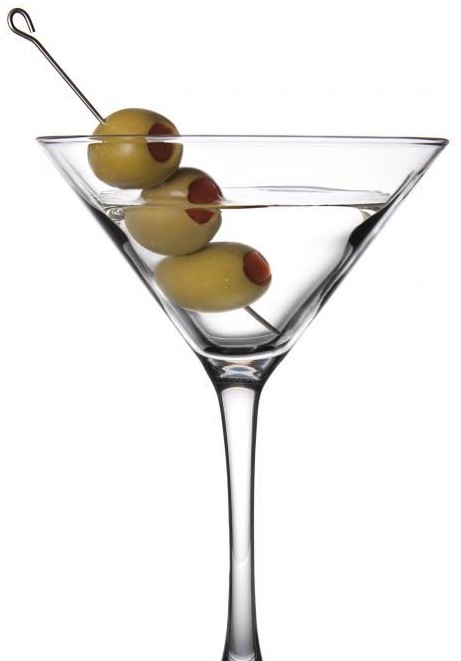 Tracing the origins of a cocktail's recipe or its etymology is not an easy task and quite often lead to diverse stories rathen than a coherent and accurate sole version. The "Martini" cocktail is no exception.

The most known, or circulated, story claims that Professor Jerry Thomas invented the cocktail in San Fracisco and stipulated the recipe in his 1880 book "How to Mix Drinks", under the name Gin Punch.

The original recipe as shown in the mentioned book:

Rind of half a lemon

In his 1887 version of "How to Mix all kinds of Plain and Fancy Drinks", Professor Jerry Thomas lists the recipe of a cocktail called " The Martinez", which includes one dash of Boker's bitters, two dashes of Maraschino, one pony of Old Tom gin, one wine glass of vermouth, and two small lumps of ice. The underlined recipe, which is the closest to nowadays Martinis, was first served in the eraly 1860s at the Occidental Hotel in San Fransisco.

In 1884, the Turf Club Cocktail published a pamphlet titled "How to Mix Drinks: Bar Keepers' Handbook", which featured a recipe known by Turf Club Cocktail, which consisted of two or three dashes of Peruvian bitters, one half wine glass of Tom gin, one half wine glass of Italian vermouth, and ice. Circa 1888, "The New and Improved Illustrated Bartenders' Manual", published by Harry Johnson, listed for the first time a cocktail called Martini Cocktail that encompassed the following ingredients:

2 or 3 dashes of bitters

Until the end of the 19th century, all recipes, which were linked to the creation of Martini, did not mention any taste preference, be it sweet, mild or dry. However, the May 15, 1903 release of "The Mixer and Server, Official Journal of the Hotel and Restaurant Employee's International Alliance and Bartenders' International League of America" (Volume XII No. 5, page 64) mentioned that "Jake Didier, author of the Reminder, has unfolded another drink, which he calls Golf Cocktail. A feature of the concoction is that it is Extra Dry. People who have delighted in imbibing in extra dry champagne have now turned to the extra dry cocktail".

In 1910, another story came to impose itself as the kick off of the Martini legacy. Senor Martini di Arma di Tagglia, a bartender at Knickerbocker Hotel in New York City, concocted an original recipe for John D. Rockerfeller. This version of Martini's origin is widespread amonf bartenders' communities in the United States of America.

The Court of Historical Review in San Francisco ruled that the cocktail "Martini" was invented in the city. In parallel, a court in Martinez, California had recently overturned the ruling.

According to the city of Martinez official website, the story dates back to the Golden Rush era, precisely 1849. It is believed that a miner turned wealthy and decided to return to San Francisco. Hitting the first big town on his way back (Martinez), he wished to celebrate. Asking the bartender for something better than champagne, the latter offered him the Martinez Special.

Can Martini be of European origin?

Some of the less credible versions pretend that the cocktail originated from Europe rather than the New World. One story speaks about Johann Paul Aegius Schwartzendorf, a German musician, who moved to France in 1758. Following a friend's advice, he decided to change his name to Jean Paul Aegide Martini, to capitalize on the vogue then enjoyed by Italian composers. His favourite drink was a mixtre of gin and white wine. His friends and followers started ordering the same drink while referring to it as the "Martini".

The Brits claim that the drink was invented in the kingdom in order to give homage to the "Martini & Henry rifle", which was the primary tool for the British infantryman.

Impact of the Prohibition Era

During the Prohibition era, the relative ease of gin manufacturing in the United States led to the Martini's rise as the predominant cocktail of the 1920s, the Prohibition's repeal promoted a dryer Martini, while the 1970s and 1980s witnessed the cocktail's dreadful end. It was until the mid 1990s that Martini re-emerged again as a fashionable drink with new varieties that suit all tastes for both genders.

Stories to tell for your loyal customers

> In Stockton, California, 30 women were reportedly at the peak of "Martini Happiness" when two burglars popped asking for money and jewelry. The intruders were invited by the women to share some Martinis with them first, which they did. Hence, they left empty-handed.

> As featured in the Chicago Tribune (October 23, 1991 issue), an interior designer lanced "the times are ripe for a major Martini revival as the last time Martinis were important was at the last depression". Indeed, we did witness a Martini revival, didn't we?

> "I never go jogging, it makes me spill my Martini", George Burns - an American comedian and writer

> "Martinis should always be stirred, not shaken, so that the molecules lie sensuously one on top of the other", Somerset Maughan - a British playwright, novelist, and short story writer

> "I love to drink Martinis, two at the very most, after three I'm under the table, after four I'm under my host", Dorothy Parker - an American poet, short story writer, critic, and satirist

> "Martini is the only American invention as perfect as a sonnet", H.L.Mencken - an American reporter, critic, commentator, and curmudgeon

> "A man must defend his home, his wife, his children and his Martini", Jackie Gleason - an American comedian, musician, and actor

Few tips to keep in mind

>> Better forget James Bond's famour quote when ordering your next Martini. It is served stirred and not shaken at all.

>> The original recipe is based on a British gin and an Italian vermouth. Still, try it with the Noilly Prat French vermouth and enjoy an extra mile of after-taste.

>> If you are curious to assess the skills of the bartender serving you, this is the best recipe of all times. In case you found the bartender letting the shadow of the vermouth bottle falling over the mixing glass, do not panic: your bartender is one of the very few expert-tinis.