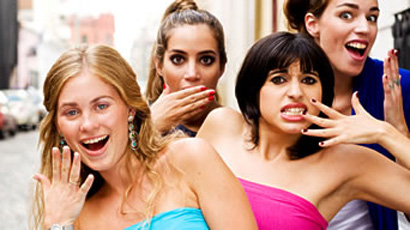 "Crocodile", "Snake", "Whale of all tales", "Hard - not heart - Breaker", and "Speedy Gonzales" are not names given to cartoon characters in an upcoming 3D animation hit. Believe it or not, this is but a short sample of names that males give to their penis. For a reason remained unknown, they spell out those bogus names while unintentionally inflating their chests and thickening their voices, in self-recognition of their gifted and unique potency.

The weirdest title I have heard of was lanced straight in my face some six years ago when an uninvited male person joined us for a night out. After sipping few cups, he revealed to me that his dandling thingy is called "AIDS baster". Abruptly, I jumped out of my seat, cursing and shouting. He plumped on my shoulder and continued, "… it is called so because it makes women addicted and entrapped within endless fantasies". Truth to say, I still don't understand the link until now.

The relationship between males and their penises is not limited to naming. Indeed, their second - if not priority - enjoyment is derived from bragging about the size of their genitals. I've heard a friend of mine even wishing women could leave him alone but "What can I do?", he commented as if to comfort himself. "Once they know my size, they all want a piece of me!".

An intercourse between two-persons dresses one of the two following robes: it either occurs as a celebration of love - we call it "making love" - or takes place in response to mutual aroused flesh n' bones excitation - true, that's sex. In the first case, it is a body language driven by transmissible emotions that can place you up on the seventh sky. Hence, you need to forget about the size for a while and train your senses. In the second case, if you are above ten then you will perfectly pass. Indeed, the female genital has the ability to extend in order to accommodate itself to exactly the length of yours.

In both underlined cases, males need to remember that an intercourse is a dialogue led not by the tongue but the body. It encompasses two parties and cannot reach the desired end without a psychological and physical compatibility. If you feel unable to stop calling it names or quit unveiling your size every time you notice a lady passing by, you need to be "man" enough to take this step: booking a session with a sexologist!