In Lebanon, they book them once retired 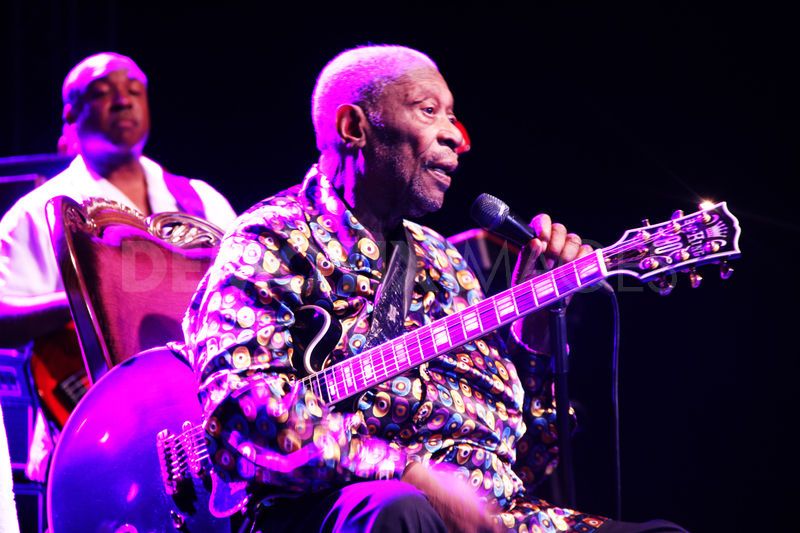 The Lebanese audience's thirst remains unquenched for seeing an endless list of music idols performing live. Big names, such as Eric Clapton, Tracy Chapman, Metallica, Adele, and Robbie Williams, can easily guarantee a full-house, yet no booking agent or music production house is putting any of the above mentioned artists on its A-list for its upcoming event.

In the summer of 2012, Slash, the ex-Guns n' Roses' guitar legend, and B.B. King - literally, the king of blues - were brought to perform live in Byblos, Lebanon, on two separate dates. Unfortunately, I missed Slash's glam rock signature gig, but got the chance to attend the B.B. King's. I still recall that overwhelming joy when I grabbed the admission ticket by my both hands. "Finally, I am going to see the King performing live!", I shouted. Saying so, I still remember, as well, the disappointment I felt when the concert was over. "The man was at the verge of dying", I muttered.

The first shock I received was from the early beginning of the show, more precisely when the King entered the stage accompanied by his assistant, who was holding B.B's arm and following his slow steps. On the stage, there was a chair centred in the middle for the comfort of the King. Believe it or not, the king of blues remained seated throughout the concert. Thirty minutes after the kicking of very first song, B.B. King was handed a bucket. I was wondering, "Why the heck does he need a bucket on stage? Is he going to collect tips from the audience or what?" As a matter of fact, the bucket turned useful as B.B. needed to vomit at least twice while on stage. When the show was over, the King was immediately transported to his hotel room via a convoy moving as if an ambulance having on board a crucial health case.

On Saturday, 30 March 2013, I attended the concert of another legendary band: Guns n' Roses. This is a band that meant a lot to me during my teenage years, and many of its tracks represent glittering memories from my past. So, I headed to "Forum De Beyrouth" again holding my ticket as a precious jewel. I was expecting a different musical touch, even in performing songs from "Appetite for Destruction"and "Use your Illusion" albums, due to the fact that the old lineup had changed long time ago. Nevertheless, I was sure that some basics will remain intact, such as the infamous voice pitch of the singer, Axel Rose. Well, I was wrong. Mr. Rose seemed to lose his old flexibility while on stage and unable to follow up with the right octave; his breath was getting shorter.

Another controversy is a trend, which emerged couple of years ago, where event organisers started booking a well-known cover band rather than getting the original one. The case of "Killer Queen", one of the best worldwide Queen's cover bands, may sound right, especially that the original band's lead singer, Freddie Mercury, died in 1991. But, why event organisers did not think about Brian May? He is one of the founding members of Queen, ranked among top ten best guitarists of all times, has composed hits such as "I Want It All" and "Who Wants to Live Forever", and is still active on the music scene.

In Lebanon, the music industry needs wise management. In other words, it necessitates people, who do understand music, to takeover and handle things right. Currently, the two biggest dinosaurs are "Mix FM" and "NRJ / Poliakov". The first is focused on techno / trance and commercial hits, while the second is a mixture of DJs and spirits retailer's concerted efforts. In parallel, event organisers need to stop booking reputed musicians when they reach the retirement age. Brings them while they are still fresh and capable of sustaining a quality performance throughout the scheduled set.