A prostitute and a best friend kicked him out ... 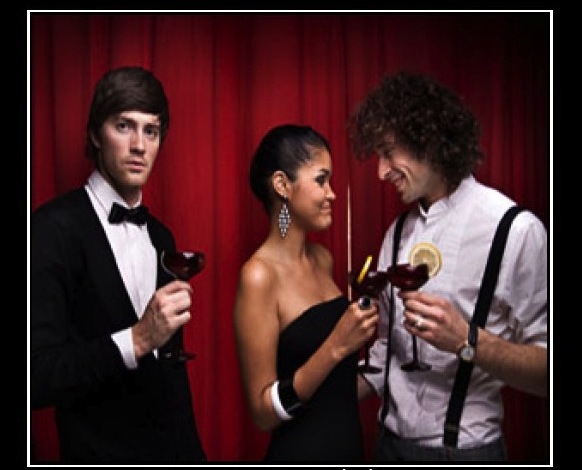 He said, it is too bulky to get to know a new girl, to spend time knowing the stuff she likes, and then reach the phase of emotional experimentation. His unconscious supported his decision and argued that he is not spending that much time in his native country to get into that. The guy approached his best friend and informed him about his decision. He lanced, "I'm going to spend money on prostitutes rather than waiting until meeting someone and developing a relationship with her". He added, "Women in my country are so demanding and don't know what they want. I come here for one week off and I want to have just fun". The friend agreed with him on that wise decision and confirmed that he will accompany him into his journey to the red light district of the country.

He booked a penthouse for one week and discussed with his life-mate a party plan. He wanted to sense alive and wished to be wanted by someone for few moments, even if all the emancipating feelings around will be fake and bought by money. He wished to alleviate the burdens of his job and taste that feeling of peace for a while. He believed that by escaping the family house and spending some quality time with his best friend and prostitutes, things will be a lot easier. In the end, his friend will sure make the impossible to make him feel at ease, and the prostitutes are, supposedly, experts in entertainment. It was not sex he was looking after but, simply, one transparent laughter.

On the first night, he told his friend that he booked one escort girl. The friend felt a bit unease, as if he was dropped out of the whole vacation and party plan. He apologised to his buddy for a shortage on budget and assured that the latter is invited over for dinner.

The night started and the escort entered the penthouse, but no transparent laughter was heard. The friend wanted her right in the nearest bed, the prostitute was excited to get the money, and he was still searching for that feeling of peace for a while. The deal was done, the friend was manipulating a way to sneak into her forbidden fruits, and he was gazing at how can a best friend bargain with a first-time-seen prostitute a path to that bed.

He felt expelled, abused and disconnected from his entourage. Indeed, he did not care about who does the prostitute wants in the end. He was simply begging for one transparent laughter … but in vain. Minutes later, he was invaded by a feeling of loneliness. The echoes of laughter and nonchalance were too loud for the ear to bear. He turned to his friend and said, "I will leave you both and go back home. Enjoy your time and wish me well". The friend disagreed with him but the friend's eyes were ticking like the watch, waiting for the moment he disappears.

He went to the other room. He wanted to know whose more transparent: the friend or the prostitute. The friend followed him and tried to convince him that the escort will, in the end, surrender to both of them. When the friend's monologue turned futile, the friend spoke, "OK, no worries, I will leave you both in few minutes".

He stayed in the dark room while the best friend started tasting the forbidden fruits of the escort girl. Few minutes passed and the friend did not leave. Few minutes passed and no transparent laughter was heard in that lonely and cold penthouse. He jumped out of the dark room, put on his dress, picked up his cellphone and approached the prostitute. He told her straight in her face, "Excuse me for my words but you are a bad prostitute". Then, he shifted to his friend and said, "Prostitution is not that complicated job. Very few basics there are and girls are expected to abide by them". Unfortunately, neither the prostitute nor the friend understood what he meant.

He opened the door and rushed to the elevator. He could not stay any longer. There was a weird smell in the air. The friend, who was going to leave few minutes after that short rendezvous in the dark room, escorted him out. He left the penthouse. He drove his car away from the street, the neighbourhood, the city, but the life-mate was still there. Few hours later, he received a call from the best friend thanking him for booking that escort, "She was so great in bed", he said.