Why true love is hard to find 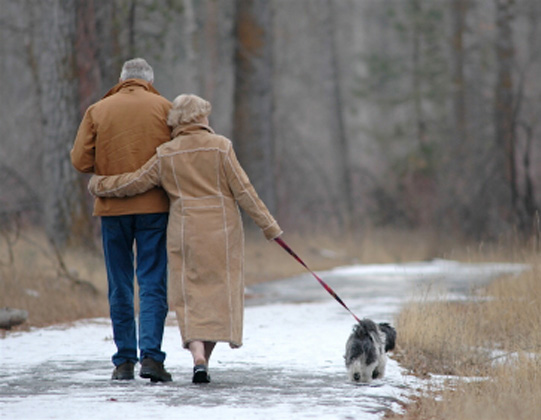 We all spend our lives in constant search for an ultimate love. Each one of us tailors his / her own doctrine and, as years pass by, everyone develops a personal philosophy on love matters and a coping mechanism to help him / her survive the sleepless, aching, and frustrating nights. Some of us spends a lifetime in thirst for a sip from that resplendent grail while others win a sip but, also, lose that grail.

Regardless of your rhetoric and mine, we, women and men, need an ultimate - lasting - love. Expert hunger-strikers proved that human beings can survive months - even years - without food, but whom on Earth is able to survive a season without a sparkle of emotions. Yet, very few of us truly experience the ultimate grace of love.

Within such a dilemma, we discover the compromiser in us and, year after another, as we shift from one failed romance to another, we abruptly discover that we have sacrificed a lot of dreams and a big chunk of emotions, to live a different taste of love: they call it the bittersweet symphony of apprehension. So, can anyone tell why true love is becoming a rare currency those days?

The age of innocence gone astray

When I was nine years, the big family - I mean uncles, aunts, cousins and grandparents - was locked in a summer house located in a remote mountainous area. Lebanon's cradle was raged by a civil war back then and spilling blood had turned a standard manner to defuse a combatant's anger and psychological complexities. I still recall that whenever I was asked whom I would marry when I grow older, I used to immediately point at my 13-year-old female cousin and proudly reply, "This is my future wife and I would never accept another one". Truth to say, I still ignore the motives behind my childish persistent choice and this esteemed pride of mine. My constant reply had never upset her or pushed her to give me a heel strike on the forehead. This is but one example about the power of spontaneousness, accompanied by irresistible innocence, that disintegrates as we grow older and older.

If you are a 16-year-old teenager and wishes to express your fondness to someone, you'd better learn the morse language - "version amour" - first. Can you imagine yourself approaching someone with words like "I like you and hope that we can date for a while?". Trust me, a death sentence verdict would be smoother than hearing an answer to such suggestion or contemplating the reaction of your potential soul mate. It is sad but commonly true: adulthood is a dim, thick curtain that imposes a twisted set of rules to any kind of inter-personal interactions.

You must pass the exam first

As if such barricade is not hypocrite enough to vanquish all chances to meet the true love-mate, women and men shift their ultimate quest to another level once between their mid twenties and early thirties. Some women believe that their ultimate men are those who can overpass the "Ten Black Dots" rule. The title may seem original but the steps are not at all. If you are curious, better watch "How to lose a man in ten days" and you get a straight answer. Other women play it "a la cool". They go for a one night stand first, ignore the guy for three consecutive times, made his life difficult on three consecutive dates, and refrain from being involved with him in a sexual intercourse for three consecutive months. For more enlightenment, this is called the "Three Cons Approach".

In parallel, men do have their own beliefs and methodologies as well. The experienced ones will epitomise Tony Montana, Michael Corleone, or Steven Tyler - just to name a few - but forget that those characters can easily be owned / rented and screened on a DVD. The junior ones will immediately apply the "Tit for Tat" rule. Honestly, I still do not know what is so attractive in this game. Most probably, the "tit" wording leaves a lasting effect. The juniors claim that women are not born to be treated nice. You have to show them that you are a vulgar, savage and macho man for this will assure them that you are apt to protect them and raise their children good. As for the beginners, don't bother that much. All their methodologies concentrate on sexual stamina and pimp's seduction magnitude.

I got lucky and had my ultimate catch!

In the game of ultimate love, the players are three not two: the man, the woman, and life - some calls it fate or destiny to add a pinch of mysterious divinity but never-mind. As an expatriate for three consecutive years now, I have met some married couple who meet one to three times a year. Torn between the longing of the heart and the crippling need to feel alive, they end up losing both - the heart and the feeling - even if their loss remains earthed.

Too close people are hard to be seen

Civil democracy grants the right for every citizen to lead his / her life the way he or she sees it appropriate, as long as such lifestyle is not hampering other citizens from enjoying that same legitimate right. However, common sense approaches lifestyle from a different angle. Men, who bear a "Ten Black Dot" scenario without dropping the girl, or women, who are seeking a fiction character in their lives, are, in general moody or complicated personalities. Therefore, do not expect Mr / Mrs Right" before you re-polish your techniques.

In retrospect, men in search of "a la cool" women must remember that "cool" in her twenties or thirties could mean "frozen" when she reaches mid-age or fifties. Unless you guarantee that you will be dead long before, I guess you misunderstood the whole idea of "love". As for women dying for a macho gigolo, do not forget that having everyday-bruises on your face and being obliged to do periodic facial plastic surgeries to cover up on your husband's macho attitude may after all change your love standards.

Let's drop all that had been written so far, carry on with our current trends, understandings and preferences regarding "ultimate love". Let's drop it all but do one simple exercise: train our vision capacities to see those too close to us. One of the weirdest studies I have read about claims that 60% of women and 54% of men discover - when it is too late of course - that the potential ultimate love was that person next to them that they had never seen a lover in him / her. I guess it is worth checking!