The trend of extra-governmental protection committees in the Arab World 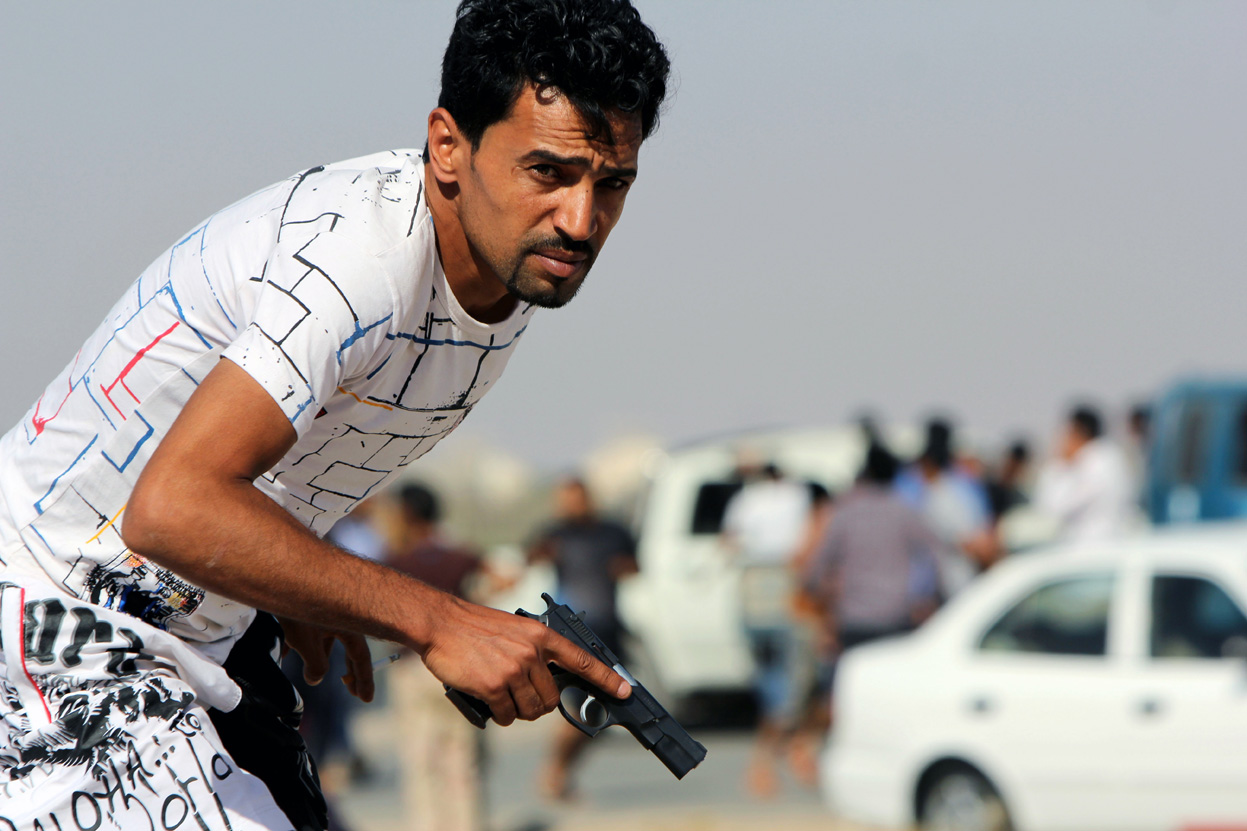 Before the advent of the "Arab Spring" season, the authoritarian governments of the Arab sphere were reputed for being merciless - sometimes, horribly inhuman - on matters related to the security of the state and the preservation of the regime. In some contexts, where tribal influence constituted a dominant factor, governments did broker clandestine deals granting specific sheikhs exceptional privileges. However, such concessions were monitored, around the clock, by state's security agents, who made sure rebellious sheikhs receive the adequate extrajudicial penalty.

As totalitarian Arab rulers crumbled, one after another, the sovereignty of the legitimate authority in the respective Arab states turned crippled as newly elected - interim - presidents avoided unilateral rigid security policies, fearing to be ousted themselves by another sway of protests. Hence, many zones were left out of the legitimate authorities' reach and security issues were assigned to either a freshly founded quasi official armed group - nice wording describing fighters of a mini state within a state - or a preexisting tribal / militia structure.

The most relevant example depicting the above mentioned is probably that of the Sahwats - the Awakening Councils - in Iraq. The embryo of this trend surfaced from Anbar province in 2005 when Sheikh Walid Abd-al-Karim Mukhlif Fahadawi established the Anbar's People's Committee, with the support of the US/Coalition Forces. The committee disbanded with the kidnapping and liquidation of Sheikh Fahadawi, whose initiative is perceived as the nucleus for the formation of Anbar Salvation Council at a later stage.

In 2006, Iraqi Prime Minister Nuri Al-Maliki echoed high concerns from the increased number of US/Coalition Forces' backed tribal security committees, stigmatising them "armed Sunni opposition in the making". Still, Mr. Al-Maliki himself summoned, on that same year of 2006, a number of tribal federations and clans to concert efforts in fighting insurgency movements in the country. Accordingly, tribal support councils saw the light and tribes were handed the task of maintaining security in their respective rural areas, while liaising with a representative from the Bureau of Tribal Affairs at the Ministry of Interior.

Iraq was not the first Arab country to rely on extra-governmental bodies to maintain security in inaccessible areas. In the aftermath of the 15-year civil war in Lebanon, Hezbollah was the only militia not to secede arms as per the recommendations of Al-Taif Accord. Despite the diverse arguments regarding the legitimacy of Hezbollah's arsenal, it is undeniable that, from an official perspective to the least, the Party of God did enjoy the status of a non-governmental arm bearer body that is, in partnership with the Government of Lebanon, managing the security file - headlined resistance - in the occupied South, until 2000, and borderline areas afterwards.

Since 1991, all Lebanese ministerial declarations stipulated the principle of "Army - People - Resistance" as a cornerstone, in terms of the preservation of national coexistence and state security, hence legitimising the unconstitutional. Even when the "14 March" bloc won the general elections in 2005 - the same year that the late ex-Prime Minister, Rafik Hariri, was assassinated, the ministerial declaration remained unamended on that topic.

In Lybia, President Mu'ammar Al-Gaddafi was ousted, and extrajudicially killed, by the rebels, who represented armed factions acting outside the framework of authorities. With no intention to question the right of the Libyan people to refer to armed struggle against a decades-long dictatorship, the remarkable dilemma was how and when to restore the management of the country's security under the umbrella of the newly elected government.

On Saturday, June 8, 2013, protestors stormed the headquarters of Libya Shield in Benghazi and demandedt the official army and police to be in-charge. Clashes erupted and 27 civilians were reported dead. Libya Shield is one of many unofficial arm bearers that, after the fall of Gaddafi's regime, has headquartered in their respective provinces of origin and became the de facto security apparatus. The General National Congress hinted, on very few occasions, the necessity to dismantle all unofficial armed factions, although its members are fully aware about the insanity of such a decision. After all, the General National Congress is paying the militias' support and assigning them to protect the official buildings and strategic establishments.

As unconventional as it can be, the Syrian crisis kept some conventional elements in the drawer. Whether villages and neighbourhoods fall under the command of the official Syrian army or that of the Free Syrian Army, popular committees are immediately established and handed the task of maintaining security on the ground. In parallel, another country, which referred to the policy of popular committees, is Yemen. After the war against Al-Qaeda in the Arabian Peninsula in the Southern province of Abyan, the Government of Yemen preferred to implant popular committees rather than deploying official military forces.

In the early phase of the Egyptian revolution - the phase when protestors were calling for the ousting of President Husni Mubarak, who is recovering his patriotic image apparently, the notion of popular committees was successfully employed in order to maintain security in protests' camps and forbid, to a certain extent, the infiltration of fifth column. It was a temporary arrangement stretching over a very precise geographic area.

The Lebanese model could have been a prototype but, unfortunately, was deemed to fail. During the 1990s, the Lebanese equation was highly efficient, although it did not receive the appreciation of all Lebanese factions. Nothing much to worry about because some of those, who expressed disgruntlement from such equation when it was working properly, appreciated it much afterwards when it started to deteriorate. Hezbollah was fighting the occupiers - the Israelis - while Prime Minister, Rafik Hariri, was assuring the necessary international diplomatic support. Nevertheless, this approach has totally collapsed on May 7, 2008, when the riffles of the Party of God were pointed at their political rivals inside Beirut. The final blow came in 2012, when the designated party took a unilateral decision to partake in the Syrian crisis, deploying its troops to fight next to President Bashar Al-Assad's.

Amid the chaotic Syrian environment, popular committees are settling personal accounts more than preserving the security of the areas they were supposed to monitor. The same is applicable in Yemen and Libya as well.

Within this quagmire, the Arab citizen does wonder why his government is not playing the legitimate role mandated to it? What are the blockades preventing the sovereignty of the state from outreaching all corners of the national soil at a time when the revolutionaries had, supposedly, got rid of the dictator? Why advanced unofficial armed factions, such as Hezbollah, do not fight as a brigade under the command of the national army, if the objective remains safeguarding the security of the state?