So far no strike ... then what 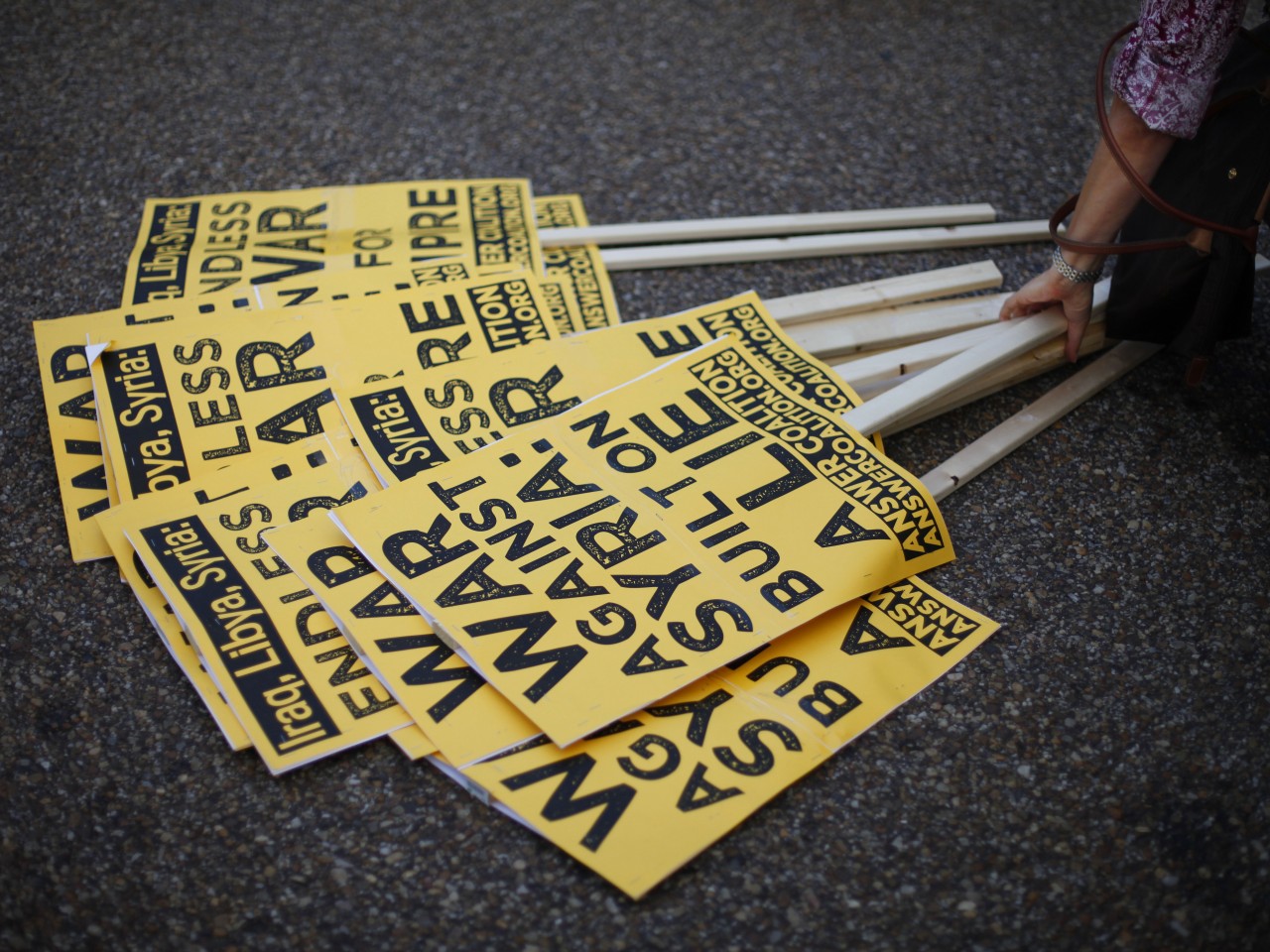 Trying to catch up with the oscillating stances of Washington and Moscow, on "to strike" and "not to strike" Syria, the strategy game "Risk" crossed my mind late last night. During the raging civil war days in Lebanon, we used to gather in a basement situated on a parallel street, choose our favourite colours, and start organising the ranks of our soldiers. The game consumed too much time and required high concentration yet, by the time we lined our soldiers on each others' battle-lines, it was time to sleep. In that basement, we had abandoned many unfinished wars and launched others the following night. What a vicious circle!

On 30 August, 2013, we posted asking "Is the west reluctant on striking Syria?" and we concluded that "the region is for sure heading towards a vile escalation but no military strikes seemed to be listed on the agenda, at least in the near future". The different broadcasted scenes from Washington, Damascus, London, Moscow and Tehran could presumably fit in a high-budget trilogy's script but do not constitute a drum-up for war.

Vali Nasr, a leading US diplomat, who served under Richard C. Holbrooke, and expert on Middle East affairs, titled one of his books "The Dispensable Nation", in counterfeit with Bill Clinton's famous exhibition of the USA "as the world's indispensable nation". Although Mr. Nasr's book concentrates on reasons behind the miscarriage of US foreign policies in Pakistan, Afghanistan, Iran and Iraq, its content can be simulated with the current awe retreat from executing a punitive strike against precise targets in Syria.

In an address to the American people on Tuesday, 10 September, 2013, Obama delayed for the nth time a strike against Mr. Bashar Al-Assad's regime and tried to convince himself first and the millions of listeners that the Russian initiative may succeed to contain Damascus' arsenal of chemical weapons.

During the G-20 Summit, which took place in the Russian city of Saint Petersburg, alleged leaked rumours suggested that Mr. Obama and Mr. Putin are holding secret negotiations over the crisis in Syria. Some news agencies avowed that negotiations between US and Russian diplomats had been clandestinely ongoing since months, hoping to reach a common agreement over Syria.

The first Saint Petersburg's shocking surprise came from French President Francois Holland who stated, on Friday September 6, 2013, that "France will await the conclusion of U.N. inspectors investigating last month's chemical weapon attack in Syria before deciding on any action". The second odd was fingerprinted by Mr. Vladimir Putin, and embraced - of course - by Damascus, who declared putting Syrian chemical arsenal under the control of the international community. An old Baath trick is reverberating back.

Throughout the 1990s, Saddam Hussein mastered the "cat and mouse" game with the United Nations Special Commission (UNSCOM), which came to Iraq in order to locate and destroy chemical weapons. In 1998, USA called for withdrawal all UN and International Atomic Energy Agency (IAEA) inspectors and launched Operation Desert Fox. In 2002, Mr. Hussein asked Hans Blix, the ex-IAEA president, to resume inspections amid "proactive but not always immediate Iraqi cooperation". In brief, it took the USA almost two decades, since the Iraqi Baath regime first threw the bait of international community's inspection, until it decided to orchestrate a military strike to oust the regime in Baghdad. If a similar synopsis had been tailored by Damascus and Moscow, the human tally would be already catastrophic by the time Washington fosters a strike against the Syrian Baath regime.

The finale of the "strike / no strike" saga shed the light on the nonchalant perception of the international community - and its superpowers - towards the humanitarian sufferings inside Syria and the so-called democratic aspirations of the Syrian opposition, mainly the Free Syrian Army. Since the targeting of Al-Ghutah, the West strived to find fair evidence condemning President Al-Assad's regime. Washington had declared, since day one, that the projected air strike will only dismantle Damascus' lethal weapons' efficacy but does not aim to force out the ruler. In retrospect, Russia's argument was also as centred as such.

Looking at the paradigm for a different angle, it can be said that Washington was looking for an eminent excuse to line up additional frigates and troops in the region without being harshly questioned domestically and abroad. With the fall of the Muslim Brotherhood's regime in Egypt and the US administration's decision to support the will of the Egyptians - meaning approving on the military coup, Washington had emerged as the foe of the south and southeastern mediterranean basin. Hamas may soon feel alienated and resume its old alliance with Tehran and Hezbollah, while the Turkish Justice and Development Party (AKP), chaired by Prime Minister Recep Tayyip Erdogan, did not digest so far the turn of the play in Cairo.

It is always preferable to favour diplomacy over military actions. In the case of Syria, diplomacy had proved sterile for the last couple of years and nothing is going to change hereafter. The late Richard Holbrooke believed that sustainable peace cannot be secured in Afghanistan without conducting tripartite talks with Iran, Pakistan and Taliban, while using the US military force on the ground as a leverage. A similar diplomatico-military approach is required to reach a comprehensive solution for the Syrian crisis.