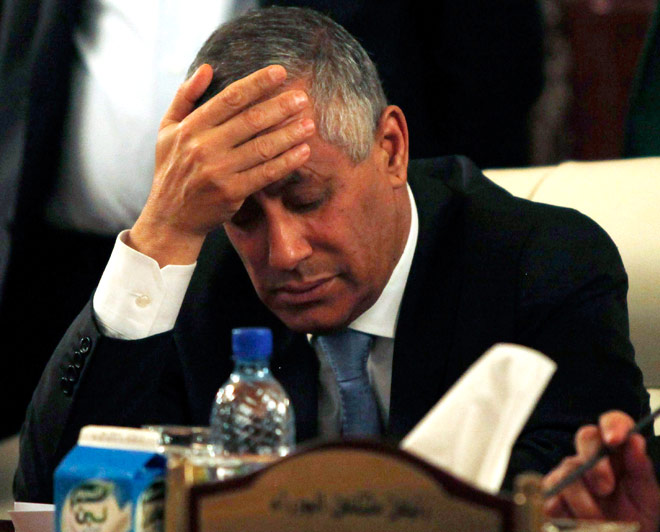 Following the killing - which was interpreted as death - of previous president, Muammar Al-Gaddafi, putting an end to his 42-year authoritarian ruling, Libya immersed into a swamp of multiple quasi official - as well as completely unofficial - armed groups pockmarking the role of a government already eschewed from imposing its sovereignty.

Areas such as Zintan, Misrata, Benghazi and Tripoli fell under the control of armed militias funded by diverse ministerial and official entities, and granted privileges permitting them to substitute the government on a list of critical tasks. As example, the Libya Revolutionaries Operations Room (LROR), which declared responsibility for the seizure of Libyan Prime Minister Ali Zeidan on 10 October, claim being endorsed by the government to arrest those accused of financial manoeuvring and / or had ties to the previous regime.

The parliamentary speaker, Muhammad Magarief, vowed to dismantle all illegitimate armed forces in the country since 23 September, 2012. Although his stance came in response to the killing of US Ambassador, Chris Stevens, in Benghazi, Mr. Magarief did not refrain from reiterating such solemn announcement. Yet, no single militia battalion was deprived from its arsenal regardless of the citizens' numerous intermittent protests and petitions condemning their mischief in a number of Libyan cities.

Based on Mr. Zeidan's own accounts, "one hundred vehicles came with heavy and medium weapons" to Corinthia Hotel and snatched him from his room. Regardless whether a pinch of exaggerated heroic remorse was induced in the prime minister's version of the kidnapping saga, the gruesome storyline hides in Mr. Zeidan's release itself, hours later, on that same day. Apparently, the abduction ended when another powerful local militia invaded the Tripoli Police Station and freed Mr. Zeidan from captivity.

Within such paradoxical context, Libya seems still afar from reaching the long-awaited shores of democracy, stability and unilateral governance. In fact, the tagged kidnapping unearthed the incapability of the current regime to initiate an efficient campaign against all extra-governmental arm holders. On one side, the Libyan premiership relied on a paramilitary group to secure Mr. Zeidan's release while, on the other side, LROR relied on an official security apparatus to safeguard their high-profile bounty. Such is no conflict of interests per se but a thick brew for a post-Gaddafi endless fracas.

There is no doubt that Mr. Zeidan was facing augmented pressures from most political factions recently, calling upon his resignation under allegations of corruptive practices and mismanagement of public funds. Nevertheless, neither LROR nor the other diverse armed militias, roaming the neighbourhoods of Tripoli and major Libyan cities, care much about having a tainted figure chairing the cabinet. Moreover, none of them share lookalike agendas with Islamist blocs.

By previewing the last six months, the extra-governmental armed groups turned increasingly involved in terrorising senior official personalities and intimidating a number of key ministries via besiegement and raids, under the pretext of exercising duties delegated to them by none but the Libyan government. Vindictively, the main objective remains to squeeze on the Libyan parliament to pass a bill purging from office all those who collaborated with the previous Gaddafi regime.

"Members of Al-Qaeda and other terrorist organisations literally can run but they can't hide", was the quote of Secretary of State, John Kerry, on Sunday, October 6, 2013, while confirming two US Forces' raids in Libya and Somalia. Mr. Kerry's announcement posed in line with the Pentagon's, one day earlier, in which it had been conveyed that a US Delta Force succeeded to capture, alive, Nazih Abd-al-Hamid Al-Ruqay - mainly known by Abu Anas Al-Libi - who is accused in the 1998 bombings of the American embassies in Kenya and Tanzania.

To the least, the Libyan militias did not appreciate at all Washington's solo decision to conduct a military operation on the soil of an independent state without the latter's pre-consent. Although the Libyan government promptly summoned the US Ambassador, Deborah Jones, asking for clarifications on the US raid in Tripoli, LROR and its counterparts did not sense redemption. By the end of the day, Washington lacks a clean slate, when it comes to counterinsurgency policies, in the eyes of the Muslim World, and no militia leader desires spending the rest of his life in a bunker fearing retaliation via a signature - drone - strike.

Distortedly, the Libyan prime minister was reading in a different book. Mr. Zeidan preferred to insist on having Al-Libi tried at home, then tagged the US raid a violation, but affirmed that such foul act should not hurt bilateral relations between the two countries. Probably, his rhetoric, "Our relationship with the USA is important, and we care about that", which came at a press conference with his Moroccan counterpart, Abd-al-Ilah Benkiran, in Rabat, was not music to the ears of LROR command.