US-Iranian honeymoon and the envies of Al Saud 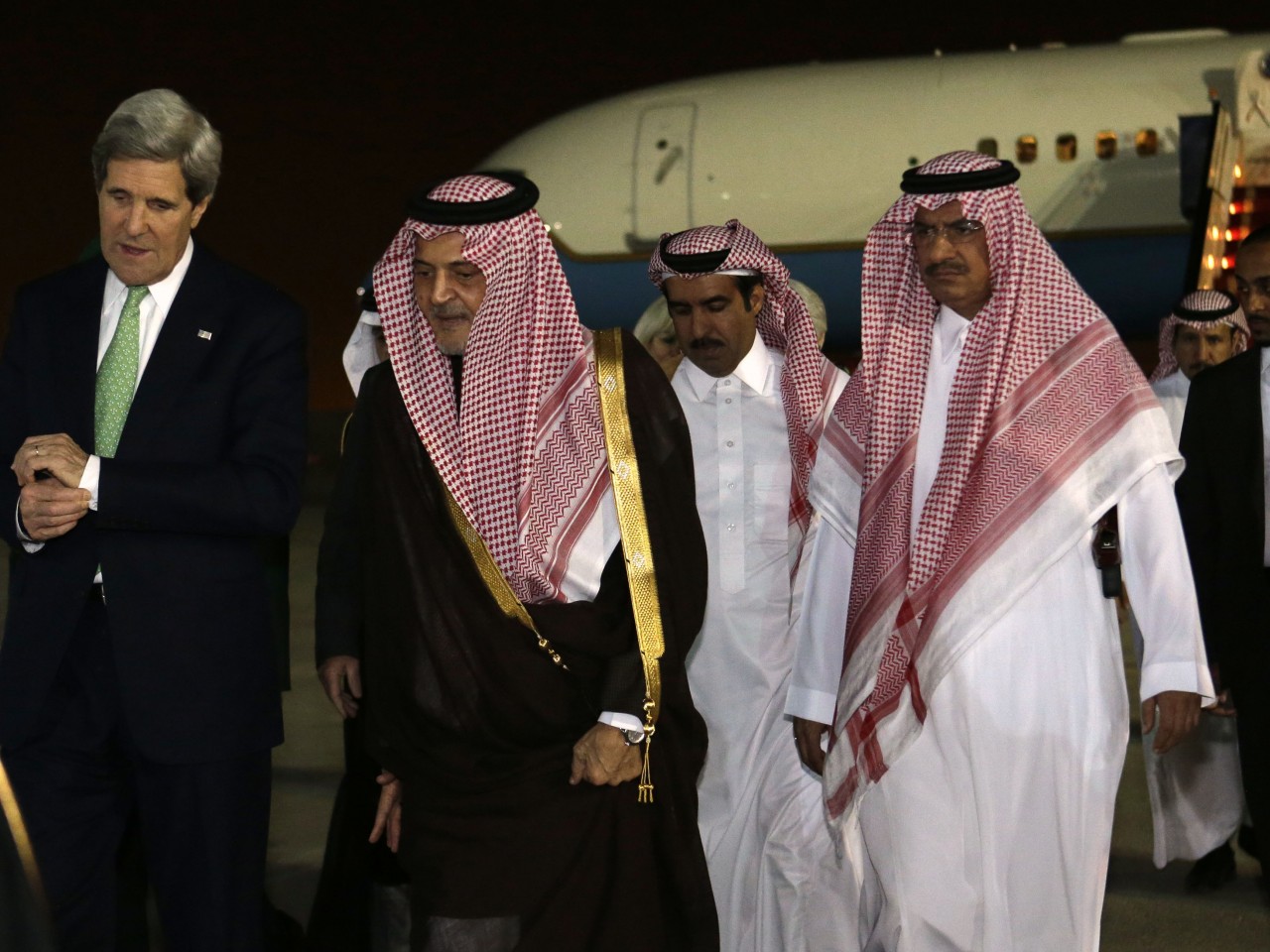 It is an awkward trilogy by virtue: one friendship was entrenched after a deadly animosity and another love affair was dumped following a sinful treason though it is apparently recovering well. Between the Caesar, the Ayatollah and the King, the Middle East risks not to subdue the challenges ahead.

"America's complete Israel support against the Arabs makes it difficult for us to continue to supply the United States with oil, or even remain friends with the United States" is a historic quote by King Faisal and remembered by most, if not all, US foreign policymakers in Washington. Although US-Saudi relationship witnessed a series of intermittent challenges since it was diplomatically initiated in 1933, the designated 1973-statement, which came in favour of an oil embargo against the United States and Europe in support for the Arab struggle against Israel during the Yom Kippur War, posed an immense threat on Washington's national security and shed the light on the necessity of containing the Arabs without granting them trust.

In fact, the Kingdom of Saudi Arabia showed unprecedented commitment towards its counterparts in the region - mainly Egypt and Syria - by hitching the "oil embargo" card, but was soon deterred. This short-lived daring initiative morphed the balance of powers in the Middle East and gave Henry Kissinger, the US Secretary of State at that time, fair enough time to preempt similar crisis in the future.

In 2001, the US - Saudi relationship survived another bitter phase after the quadruple attack, which shook New York City and the metropolitan area in Washington D.C. on September 11. Out of 19 plane hijackers, who were directly involved in the execution of this horrendous assault, 15 turned out to be Saudi nationals while the remaining four were Emiraties, a Lebanese and an Egyptian. The dominant participation of Saudi plotters enforced the U.S. administration doubts about the regime duality in Riyadh - foreign policy approach and Wahhabi domestic ruling - and underpinned potential rapprochement between the Royal family and Osama Bin Laden.

Once again, Washington's unfaltering support of Israel's policies caused a series of anti - U.S. campaigns in a number of Arab capitals with a threatening spillover that started with a call to boycott American products in the Kingdom in 2009. By 2011, the boycotting strategy stretched into the oil sector, which pushed Charley Kestenbaum, the U.S. embassy's commercial officer in 2012, to state, "The fact is that the boycott is very significant … Yes, we are concerned".

As the diplomatic ties between Washington and Riyadh turned stiffer than ever with the outbreak of the "Arab Spring" perplex and the advent of the Muslim Brotherhood movement to power in Egypt, Iranians were heading to the ballot boxes to vote "Hassan Rouhani".

Although any Iranian president elected post - 1979 Islamic Revolution has to answer to the Supreme Leader - incumbent - Ali Khamenei, U.S. President Barack Obama saw in Hassan Rouhani a twofold hope: first, to resume negotiations with Iran on stockpiled topics concerning the crippled Middle East and Islamic world, and second, to reach a consensus vis-a-vis the Iranian nuclear program. Indeed, the "Diplomat Sheikh" - a nickname given to Rouhani by the nascent "Sharq" newspaper in November 2003 - was recognized by senior diplomatic circles as a top negotiator and a moderate figure, without necessarily being opposed to the ayatollah's regime in Tehran.

Anti - American caricature drawings became so integrated into the Iranian urban landscape since the 1980s. Although the takeover of the U.S. embassy in Tehran, on 4 November 1979, was not orchestrated by the freshly ascending conservative officials, the event as such did receive the blessings of the Ayatollah Ruhollah Khomeini, notwithstanding the few days of hesitation. The hostage crisis followed to stand as a hallmark pockmarking the beginning of long decades of bellicose sentiments towards the United States of America.

Against all odds, Tehran authorities ordered, on 26 October 2013, the removal of all anti - American banners, which cropped up as a warm-up in preparation for the 34th commemoration of the early mentioned U.S. embassy takeover.

What the outbreak of the "Green Movement", on 12 June 2009, could not sustain on the ground, the U.S. administration is currently knitting via a breakthrough in its frozen diplomatic ties with Iran. In fact, Hassan Rouhani's groundbreaking overture towards the U.S. is widening the schism within the politico-religious circles in Persia among supporters, who are encouraged by Ayatollah Ali Khamenei's silent backing, and hardline opposers led by the Revolutionary Guards.

Al Saud were stupefied since the relinquishing of Washington's determination to strike military points in Syria following the alleged use of chemical weapons by the official military forces amidst their shelling of Al Ghouta in August 2013. However, the early signs of contortion emerged after the 2012 presidential elections in Egypt and the inauguration of Mohammad Morsi, a Muslim Brotherhood figure, to office. Riyadh expected a U.S. objection similar to that addressed after the 2006 legislative elections in Occupied Palestine, which brought Hamas 76 of the 132 seats. Thereof, the U.S. administration showed support for the right of Egyptians to decide on their own rulers and emphasised on the continuation of aids channeled towards the land of the Pharaohs.

The unexpected backstage pampering between President Barack Obama and President Vladimir Putin, during the St. Petersburg Summit in September 2013, instigated a Saudi pessimistic awe consorted with frustrations. Is the United States tailoring an exit strategy from the Middle East to concentrate its foreign policymaking efforts on China and the Far East?

As sectarian clashes seem on the rise in many spots of the Arab World, President Obama may be thinking about adjourning a promess pledged in two presidential inaugurations so far: "To close the heavyweight Middle East Chapter once and for all". Calling the boys - soldiers - back home remains an unquestioned wise decision but reducing the U.S. role could be a historic mistake. John Kerry, the U.S. Secretary of State, is said to pay a visit to King Abdullah Bin Abed Al Aziz in the upcoming week whilst speculations turned rife about the true reasons, which pushed the Kingdom to become the first country to reject a seat at the UN Security Council. As written by Hussein Shobokhsi, in Al-Sharq Al-Awsat newspaper, sometimes "rejection is better than capitulation"!