Renting a flat on the nth cloud ... 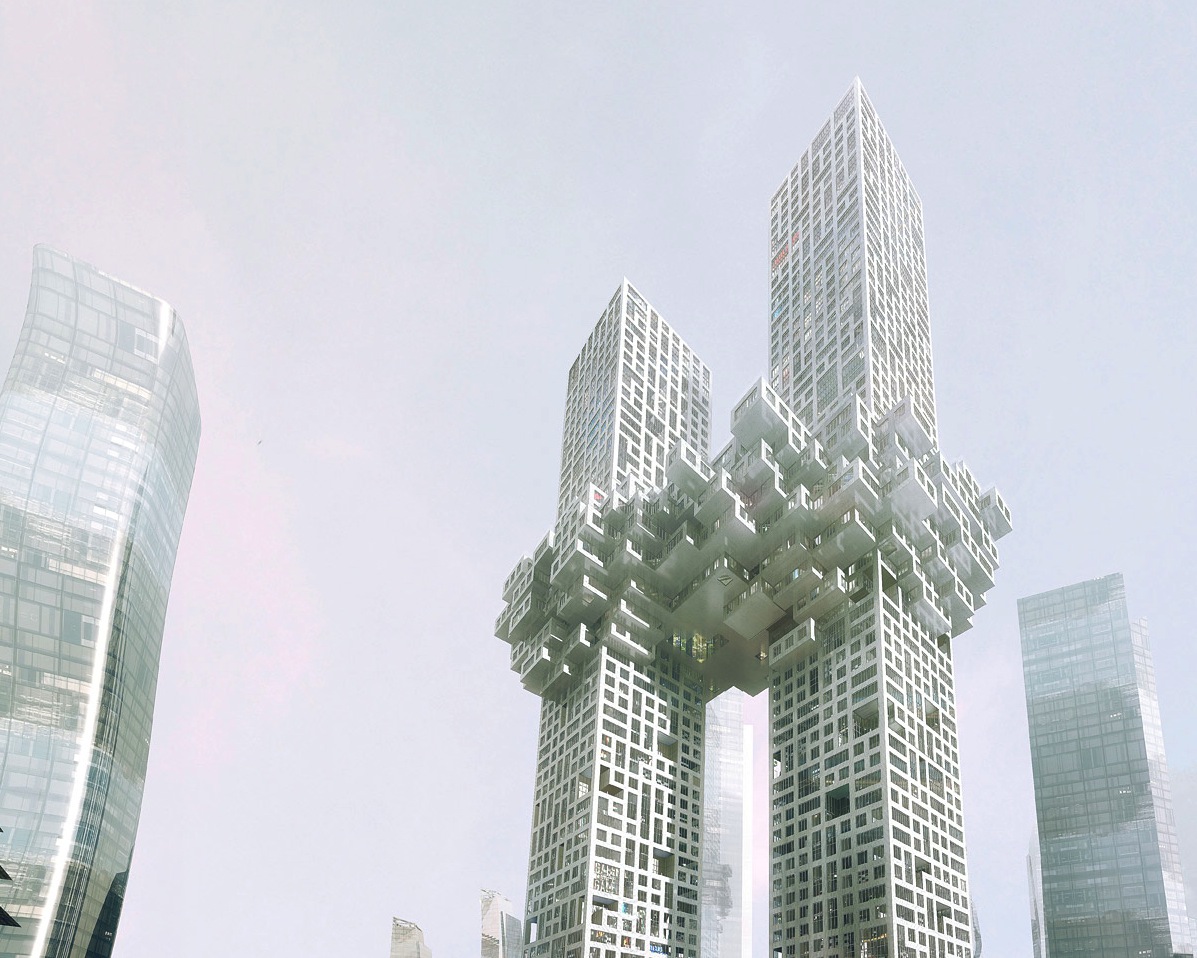 He was a dreamer and aspirer, yet he lacked patience. His mind was self brainwashed by too many traits but none of them was his own. In his teenage years, he wished another belonging, surrounding and life stream. One day, as his boss was overwhelmed with the maintenance of an already dead fridge, he sneaked on top of a table and gazed up, through that dimmed window, towards a tiny cloud. He portrayed himself enrolled in an overseas reputed school with a limo driving him every morning amidst the envies of his schoolmates. "Get down and help me with that fridge God damn it!" his supervisor yelled. "This is where I am right now", he murmured while still looking at that cloud escaping, slowly, his eye contact.

During his early adulthood years, he flashed out of the flab of maintenance workshops into a job where stories never survive until the next sunrise and the limit of imagination is the sky. Every morning, he used to sip his coffee on the balcony while selecting a bunch of clouds to breed over them some tales useful for the night. He spread the news that one of his close relatives is currently modelling for the top-notch haute-couture designers, roaming worldwide pageants and stealing the hearts of Oscar nominees. "Even John Travolta could not resist her oriental charm" was his closure sentence. He faked his ancestral lineage, proclaimed having close ties with ruling authoritarian families, and bragged being their spoiled child, notwithstanding his inability to speak their accent. To ornament his tailored personality, he added a pinch of modesty and commendation. He cheered the self-contoured alleged hardships, when he was working day and night in order to pay for his tuition fees. Due to the fact that a life of hardships, free of tributes, is rather mundane than exceptional, he correlated the early austerities with international recognitions and awards for his job performance.

"If the Orion's belt is hallmarked by mankind for its three shining stars up in the sky, a quartet of nebulous achievements depicts insofar my life".

For some, family members are a grace whilst, for others, they do consist a burden. As he carried in renting one flat after another over different clouds, he realised that a thinner line stood between his reality and his propagated reverie kingdom. "My father is dead and my family members want to rip me off!" he cried. Human beings tend to turn silent when faced with mournings. The perplexity of death imposes on close and distant acquaintances alike to put aside discrepancies and animosities, freeze curious questions out of empathy, and offer blind emotional support. Sooner then thought, his entourage gradually noticed that the death of the father was a delusion, unless heaven had unsoundly opened its gates for ghosts to mingle among mankind.

The first cloud crashed the ground in complete silence just like a shooting star. "No problem", he convinced himself, "counter-arguments, muscle twirling, and denial will do the job".

Arbitrary power can get fearful people closer to the hector though human feelings can never be commanded by other than admiration. With the fallen of a cloud, another one needed to be seized in order to implant an nth rented flat and dream. He curled his thoughts with a twisted improvisation and lanced, "Cancerous malign is corroding my body from within and my life cycle was mercilessly shortened to six months!". It was a fit transition indeed from being the blamed into fomenting a fresh conformity among his circle of acquaintances.

His social manners turned violent, reckless and selfish. Business clients were approached with a tone of superiority like a lost king from the Baroque era, nights-out turned unfulfilled unless crowned by street fights and vows of threats inspired by 1930's mobsters' quotes, and conversations were tagged dull if were not meant to glorify his last adventures. Whilst old comrades started gradually departing his unstable fiefdom, new comers joined in dazzled by his unusual charismatic folly and decadent bogus vogue royal. In life, followers seek only a dress-code, which they will soon throw away once it turns outdated, but companions seek the shared moment and will only fade when no other than memories, good and bad, remain.

One time, as he was proceeding towards his daily morning ritual, stirring his instant-coffee and joining the clouds for new story tales, he realised that his sky turned absolutely blue. He contemplated longer, deeper and farer, yet no singly cloud was floating around. "This is no day for me", he bubbled, "better go back to sleep!". No clouds roamed the second consecutive day either, so he drowned into a state of hibernation and isolation again. On the fifth day, as he was checking up his dreams from the balcony, distressed and frustrated, he heard, "Your time of revelation just began. No more clouds to upheaval your seasons and rain won't obstruct your path with filthy muddy dumps".

With astonishment and enragement, he replied, "Clouds are my dreams and rain is my wealth! How do I survive in such deprivation?". The voice gently responded, "No worries … you can always rely on your comrades' clouds when its needed". Suddenly, the lunch-break argumentations with his first boss echoed back into his ears as if they occurred five minutes ago. "We were born to roam the land but never to grasp the clouds. We were born flesh and bones, and fleshless bones we will become. Your problem, my son, is that you talk too loud and too long with the clouds. It may sound esoteric and avant-garde at the beginning. You may surround people around you and attract similar-minded tycoons. Nevertheless, always bear in mind that even the dearest to your heart will, sooner or later, feel tired from staring up high and surrender. You won't realise this until the day you decide to stare straight and forget about the clouds. We can only hope that it won't be too late by that time!".