The seven wisdoms of the sea ... 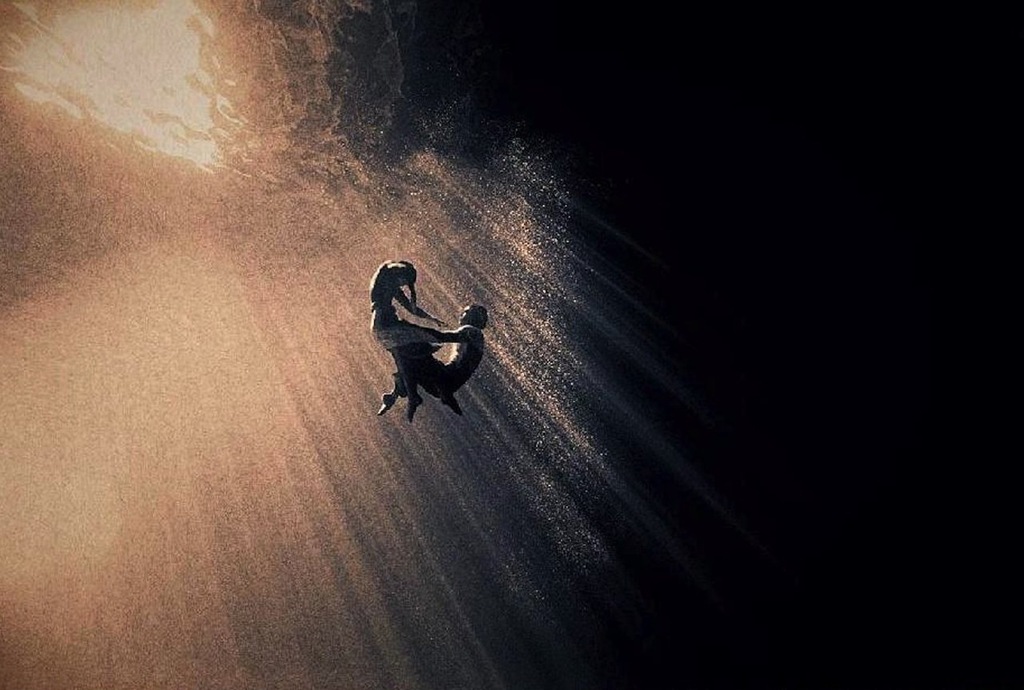 He has been stuck in an apartment tighter than his agonies since months now. One living room, an attached kitchenette, and a two-meter square corner, which perfectly fit his breathless body, framed his world. The only available window was blocked with thick dark curtains to insure complete detachment from the insane world outside. A fluorescent neon light was abandoned constantly lit to reflect the dullness of the moment. A small television set, with very few channels, constituted his only link with a life that has long left him behind.
His mind, puzzled by a syndrome of flashbacks, sensed as if entrapped in an arena of combustible memories, sparkling intermittent aches, blended with grins, soon to fade into dormancy allowing other past sceneries to reemerge. In fact, he had always mocked the human dilemma towards own failures: too many had advised others on how to face their own purgatories, yet too little succeeded to overpass their self-created emotional conformities. “We all need a dive into deep waters in order to embrace a moment of clarity”, had continuously rhymed onto his beleaguered unconscious.
On that day, he stomped towards the television set, threw his deceived body over the couch, and zapped the few unscrambled channels. His eyes dandled between a monsoons’ reportage on the silver screen and the many picture frames – some empty and others broken – ornamenting the wall behind. Although his personality had long rebuffed violence and denounced scourges, he did hide a shameful enjoyment whenever his eyes witness unfortunate happenings. “You only need to keep your eyes open, while underwater, to realize that you’re not the only one drowning” was his argumentation.
As minutes passed by, a transcendental breeze pulled his soul, gradually, towards another wave of unforgotten flashbacks. Her smile rocked his heartbeats like a splash of frenzied adrenaline. Her voice emancipated a chill that paralyzed his senses as if time turned still. The approaching resonance of the tap of her heels forced a smile on his lips but painted his face with an ultimate surrender. Her shadow whispered in his ears, “Mysterious as the tides, I will remain for you! As desired as a sunset … so true to be reached!” He jumped off his couch hoping to escape the overweight of this past reflection. He hurried to the fridge, grasped a bottle of cold water and spilled it over his face. He was so mesmerized to be able to explain his impulsive reaction.
As the water slapped his carved facial traits, he sensed as precipitating to catch again with the top of the sea. He remembered one of her uncompleted comments, “Still waters run deep! Stare beyond and muddy waters you will retrieve! Gaze at the ocean, how majestic and compassionate it appeals …”. Whilst the cold water continued dripping onto his face, crawling thereafter on his body, he deliberately murmured, “… yet, no creek can quench the ocean’s dark lonely nights”. She wished to share a life with him, afar from the complexities of high-end living standards or lavish adventures.
She praised the intimate moment, careless about all other relevant or extraneous details that may advert. She wanted him to speak, yell, cry and laugh; simply, she wished him as he was. He shared the same emotional carousel, but was fearing ordinariness. “If tempests do not blow rage into the sea, why would we bath in its waters!” was his endeavor. He did not realize that women and men had always perceived similar topics differently, even in those rare moments when they do both agree on the respective content.
On their last night before the fall, she stamped a kiss on his forehead and whispered, “It’s a long way to the sea …!”. He was laying next to her but his mind was farer then their hearts. Motionless, he replied, “Get a closer look and you’ll realize that the shore lies underneath your feet”. His words alone were not enough this time to make her stay.
Still in the kitchenette area, he stared at that small table right after the entrance door. The note she left before departing his temple of love was still lingering in its place, as if their last conversation occurred few hours ago. He slowly approached the paper note, opened it for the first time, and read, “Your shore was so humid that it eroded the last flickering flames in me”.